Portable 12v power system with stereo for off grid power

The Solar Briefcase was conceived when I was given an old camcorder case from my father.  The case was for a large VHS style camcorder, but the case was in brand new condition.  I held onto it for a year until I eventually devised the plans for turning it into a portable power pack.  I included an Alpine 80watt car amplifier and included exterior hookups so that the unit could both charge and play music while locked up tight from the elements.  I initially built it primarily for our annual Saco River Canoe trip, where there was a need for a better quality audio system that could fill the entire beach, while having the ability to play the entire weekend.  The unit has been on at least 8 trips now as well as powered many beach parties, sailboats, tailgate parties and other events.  It has proven itself year in and year out as being a reliable portable power unit.  In the snow-less winter of 2012 I built version 2.0, a smaller, lighter weight version that had more power density at a fraction of the weight.  This version 1.0 unit is still workin 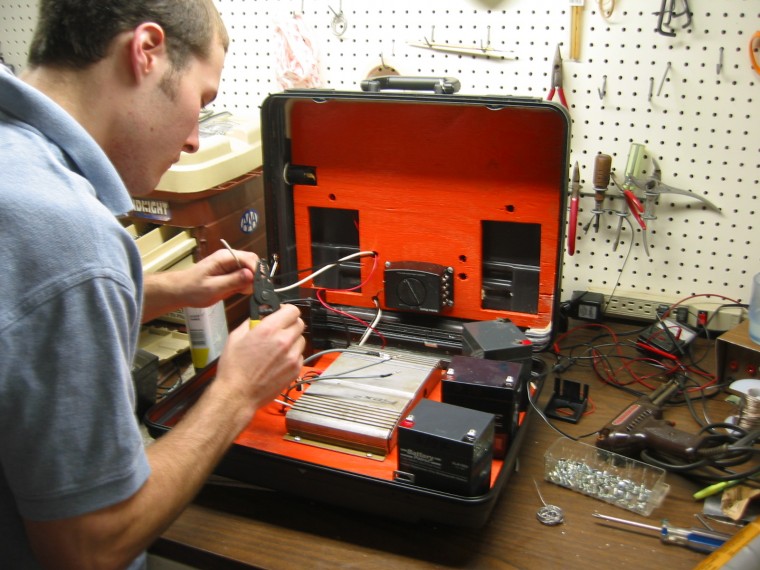 Discuss the building of the Briefcase 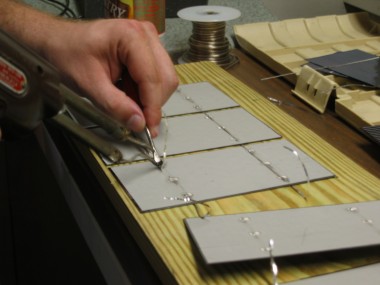 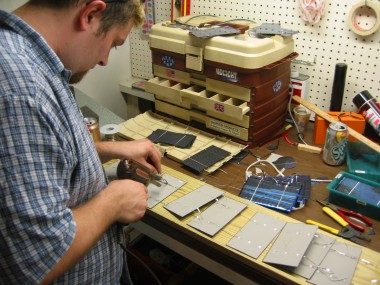 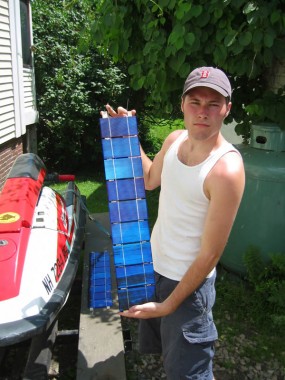 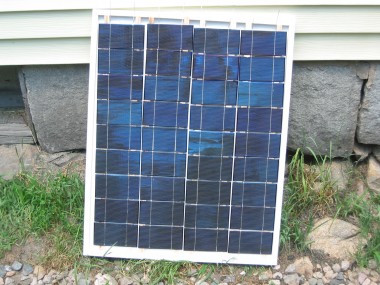 The finished panel was about 19volts when it was new, but slowly deteriorated due to the rough abuse that a canoe camping trip has on a panel with suspended silicon wafers.  A better design would have been to press them between two layers of plexiglass.  Still, it functioned reliably for about 8 years worth of three-day canoe trips in the oak cabinet I built for it before so many had cracked that the low wattage output retired the panel to my friend Jeremey’s basement, where it sits today. 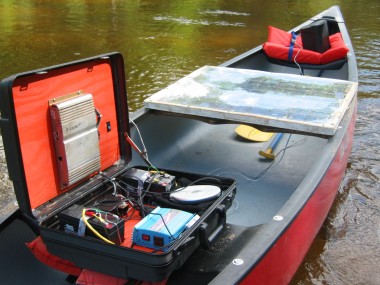 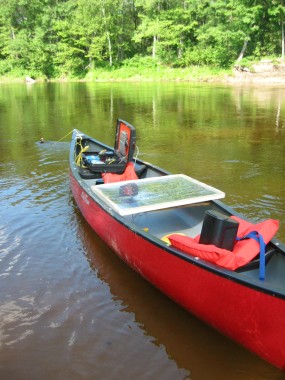 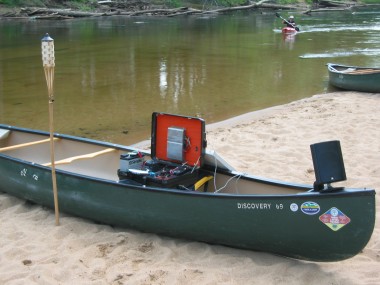 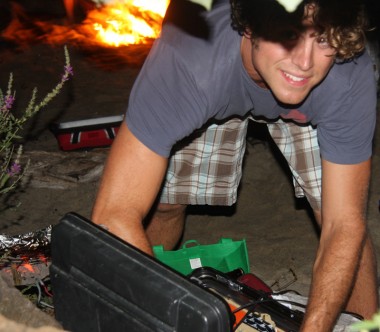 Mooring a canoe offshore is a great way to get the sound in front of you when river camping.  In the evenings we would moore the canoe on the far side of the river.  The sound from even a single speaker would fill the entire length of the beach with crystal clear, full range sound.  […]

END_OF_DOCUMENT_TOKEN_TO_BE_REPLACED

Posing for a photo while balancing on the gunnels after a few drinks on the river ended up netting us a photo we really liked.  Got a little tippy and put the speaker into the water.  The outdoor rated speaker has fallen into the water several times throughout the years and still remains a great […]

This unit surpassed our expectations throughout the years and we certainly have put it to good use.  I added to it a few times to expand its to include USB charging capabilities with built in cigarette lighter adapters, external battery connectors, and a charge switch to allow you to charge the battery not in use.

Hope you enjoyed our build.